A major problem marketers have always faced is the difficulty of proving the exact results of an ad campaign. While technology is helping to lessen this problem, neuromarketing may provide more solutions. In an article I recently came across, author Jeremy Bagnall explains the ability of neuromarketing studies to determine effectiveness of an ad by tracking the eye placement of participants. This experiment is definitely a step up from focus groups that are often plagued by groupthink, etc. See below.

At FitzMartin, we’ve always relied on a solid base of cognitive science and behavioral marketing to inform our decisions for clients. We understand the value of knowing the science behind how and why consumers react the way they do, and the implications this has for business best practices in all areas. In this particular article, a new friend of ours, thinker and writer Jeremy Bagnall explores the implications that neurology can have on marketing, and what methods have already been used to improve the effectiveness of advertising.

Neuromarketing, or the application of neurology to marketing, is a concept that has been gaining momentum as technology increasingly evolves. As you’ll see in this first part of Jeremy’s writing, neuromarketing has the potential to impact how we approach marketing initiatives. Interesting food for thought…

Effectiveness of media advertising is acknowledged by many companies but realizing and utilizing the effectiveness are two different approaches. Being able to utilize a company’s ads to attract the attention of potential customers is considered the overall objective when launching an advertisement. When performing an experiment, the elements that are prominent in neuromarketing studies are a combination of sight, sound, and emotion.

In reference to this particular experiment, it is an eye tracking study mainly concerned with the visual elements of video advertisements. Also, what focal points in advertisements receive a great deal of attention from viewers. The experiment will help uncover what emotions and thoughts are provoked in an advertisement, and how to effectively promote using these elements.

A prominent problem that accompanies streaming media advertisements is the effectiveness of the ad is not directly accessible. Eye tracking provides a solution by researching and contributing feedback on how different forms of ads affect the attention of the consumers. Presently, eye tracking technology allows researchers to determine the accurate focus point of the eyes while being relatively discreet in application. The purpose of the study is to evaluate how some characteristics of the streaming media advertising affect the effeciency through the assessment of the participants’ response. Advertisements are comprised of multiple characteristics, such as size, color, sound, position, location, amount of information and so on. In this study the focus is directed toward the impact of ads type and play time on the effectiveness of streaming media advertising. Typically ads type contain a great deal of design information, while play time has a significant impact on the audiences’ attitudes to the ads.

A total of 32 college undergrad and graduate students from various majors (business, medical, mathematical, science, etc.) participated in the experiment. With ages ranging from 19 to 29 with an average age of 23 years old, and the gender count was even on both sides (16 males 16 females). 22 of the participants were right-handed (10 were left handed), having adequate experience with the Internet, normal or corrected-normal vision, and none of them had previous experience with eye tracking experiments. Only those who spend at least three hours per day on the Internet were able to partake in the study. These were the screening requirements when sampling the population in the Birmingham area.

The age group chosen was due to the assumption that people ages 19 to 29 are more familiar with technological and internet navigation and will run in to less issues. An even count of males and females were chosen to keep the gender variable constant so that both sexes are equal in quantity. Handedness orientation was a random variable and was not a selection element when gathering the sample. Participants’ vision element was important because it is imperative that there are no deviants with poor vision that could negatively skew experimental results. Subjects with previous eye tracking experiments were excluded, so that there would not be any familiarity with the testing sequence. An average of three to five hours of internet participation will be able to limit the participants’ ability to maneuver and evade presented advertisements within the study.

A Tobii 60 Eye Tracker and a computer were used to track and record the applicants’ eye-movements and scan path. This occurred during the search for media advertisements on web pages containing four different types of advertisements. The four types of streaming media advertising are online floating ads, pop-up ads, banner ads, and hurdles advertisements.

Online floating ads are advertisements that appear superimposed on a web page for a certain amount of time. A pop-up ad appears in a different web browser window over the current web browsing window. Banner advertisements are graphical ads within a webpage that incorporate video, audio, and animations. Hurdles advertising is an ad that overlays the web pages and requires interaction to either complete or close the ad.

Two different scenarios were selected in the study, the first is the “browse freely scenario” where the participants are given time to surf online freely. On the other hand, there is an information search scenario where they are required to search for given information online. It is assumed that the subjects will have different responses to advertisements when they are online in a leisure mode as well as a busy mode.

The study contained two phases, the first being the online experiments where eye movement data and behavior date were tracked. The second phase was comprised of a structural questionnaire which was constructed to acquire participants’ demographic information. Demographics such as education status, degree completion level, geographical location, current employment, and what internet engine they frequent were acquired. Also, questions were directed to discover their attitudes towards the streaming media advertising. Referring to the latter subset, the questions were of the subjects’ perspective toward the four types of streaming advertising. Five aspects were measured in association of the advertising activity and they were likeliness, tolerance, click, avoid, and influence. In this study, a seven-point Likert scale was used (1 =strongly disagree to 7 =strongly agree) as response selections.

Participants were tested individually at the laboratory after completion of the following steps. First, each subject was given a questionnaire to test prior knowledge about eye tracking and to gather data pertaining to demographic information. There were two different time limits on the ads, 10 seconds and 5 seconds. Each of the contributors partook in the browse freely scenario and the information search scenario. Next, the eye-tracking machine was calibrated to the applicant based on their height, handedness, and vision line. Browsing the sequential random presentation pages for two minutes in a conventional way was next on the agenda. Eye-tracking data was collected by the Tobii 60 Eye Tracker while the subject was browsing the web pages. During this time, the duration of eye fixations and the number of fixations were obtained and recorded by the Eye Tracker. The ensuing step for the participant was to read the task information on the present page and complete the task; their interactions with the pages were recorded.

To find out the results of this study, tune in to our final installment with guest author Jeremy Bagnall or download the full white paper below. 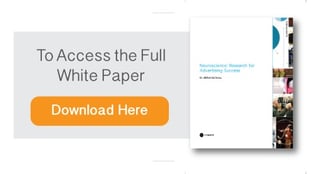 Jeremy Bagnall is a graduate of the University of Montevallo Stephens College of Business where he studied Marketing. He was also a student of the baseball diamond and one of the leading members of the Falcon Pitching Staff. Jeremy's passion for advertising is directly relevant to his passion on the pitcher’s mound. As he explains it, pitching comes down to the constant mental battle with the player at home plate. The pitcher is continuously striving to stay one step ahead, and plan his next move based upon what pitches he has displayed for the hitter. Both players are trying to get inside one another’s thought process and predict what is coming up next. Marketing is essentially the same concept; attempting to stay ahead of the curve and decipher consumer responses, behavior, and buying habits.

see all
Sales Stop Caring About What Everyone Thinks

Read more
Data How Much Should You Be Spending On Marketing Next Year? 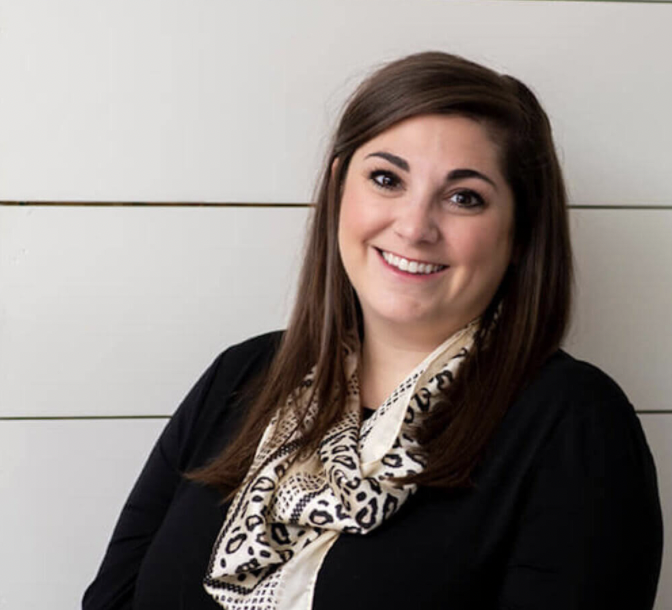