Cognitive Marketing, Part 4 of 5: Guiding the Prospect Towards Realization and Reward 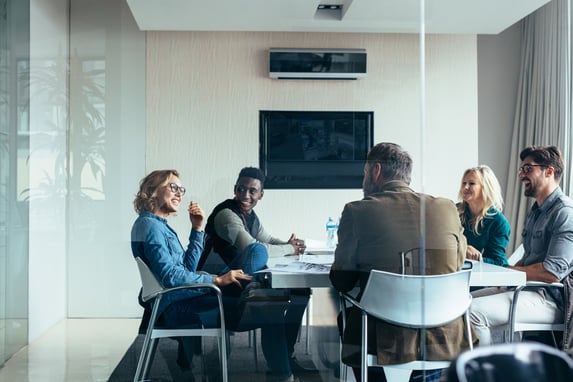 At the next conversion point of the cognitive marketing process, it's time to help your prospect transition from the "Action" stage to finally making that commitment. In other words, the prospect's next step is to move into the "Sold & Serving" stage of the relationship.

As with previous conversion points, you'll need to use marketing processes that you've already started and add new ones. In particular, you should continue using the same techniques that informed your processes to promote commitment and achieve helping relationships, as well as 3 additional processes: positive substitution (or "countering"), environmental control, and rewards for positive behavior.

Your role as a consultative seller is primarily to guide the prospect towards a positive change in cognitive marketing. However, that doesn't mean you should let the prospect go down a wrong path without providing a better option.

For instance, a prospect that you consider to be in or near the "Sold & Serving" stage might say to you: "Let's do an RFP before hitting the launch button on our partnership, and we'll reevaluate five firms to decide if we want to work with yours or not." Not only does this mean that your stage 5 prospect is actually somewhere between stages 2 and 4; it's also a really bad idea! Instead of just going along with this plan, now is the time to counter with a workable alternative.

This actually happened to FitzMartin's principal. After the company received an RFP, Sean called the prospective client's CEO to thank him for the offer. Then, he let him know that FitzMartin doesn't respond to requests for proposals. Sean then offered him an alternative solution. Instead of FitzMartin spending over $10,000 in resources to fill out an RFP that may not answer the questions the CEO had, why not allocate those resources toward the first step of FitzMartin's new client onboarding process? The CEO would get our initial findings and could either look elsewhere with nothing lost or work with us. Thus, getting ahead of the curve in the process! The CEO saw the reasoning behind Sean's counter and promptly agreed to go that route instead.

The point is, you don't always have to accept the plan that your prospect sets in front of you. One element that will really help you "stick to your guns" when the prospect wants you to go down the wrong road is marketing power. Marketing power occurs when your marketing and sales efforts are aligned to focus on your USPs. If you know what sets your company apart from the competition, and you can explain those differentiators, you'll have more leverage.

Environmental control is all about restructuring the environment to highlight the value that you deliver.

Granted, there are also situations where you can't get the prospect to come to you (for whatever reason). However, if you have to present at the prospect's office, shift the environment to highlight your value. For instance, show the prospect your ideas by displaying a variety of visual aids. And playing a video for the prospect can be huge.

Simply put, environmental control gives your prospect a window into your company — what your culture is like, what your people are like, and what your operation is like. Seeing those things up close and personal may be just the nudge the prospect needs to close the deal.

This process is rooted in basic human nature. It's really not complicated: people enjoy commendation and rewards in cognitive marketing. The context may change, but it's the same for adults as it is for young children. If you incorporate "positive reinforcement" into your interactions with the prospect, then they'll be that much more likely to buy from you.

Encouraging change through reward doesn't have to involve grand gestures, or a lot of spending. For instance, if a prospect asks for a preliminary results report, send them a note thanking them for considering your company. If the prospect closes the deal, you can send them a welcome gift.

Of course, the reward should be proportional to the action taken by the prospect. As you deliver small rewards for the prospect's incremental steps towards their goal (not yours, but theirs), you'll encourage them to make that public commitment to your company (and hopefully continue with you for a long time thereafter).

If you implement these processes in conversion point #4, then your prospect will not only be willing to seal the deal with your company, but they'll feel much more comfortable doing so. And that's key to a long-term relationship.

In our final post in this series, we'll discuss the conversion point from "Sold & Serving" to "Advocacy". If you'd like to learn more about cognitive marketing, be sure to check out our website or reach out to our team today to book a meeting.